Your Soul & A Light-bulb 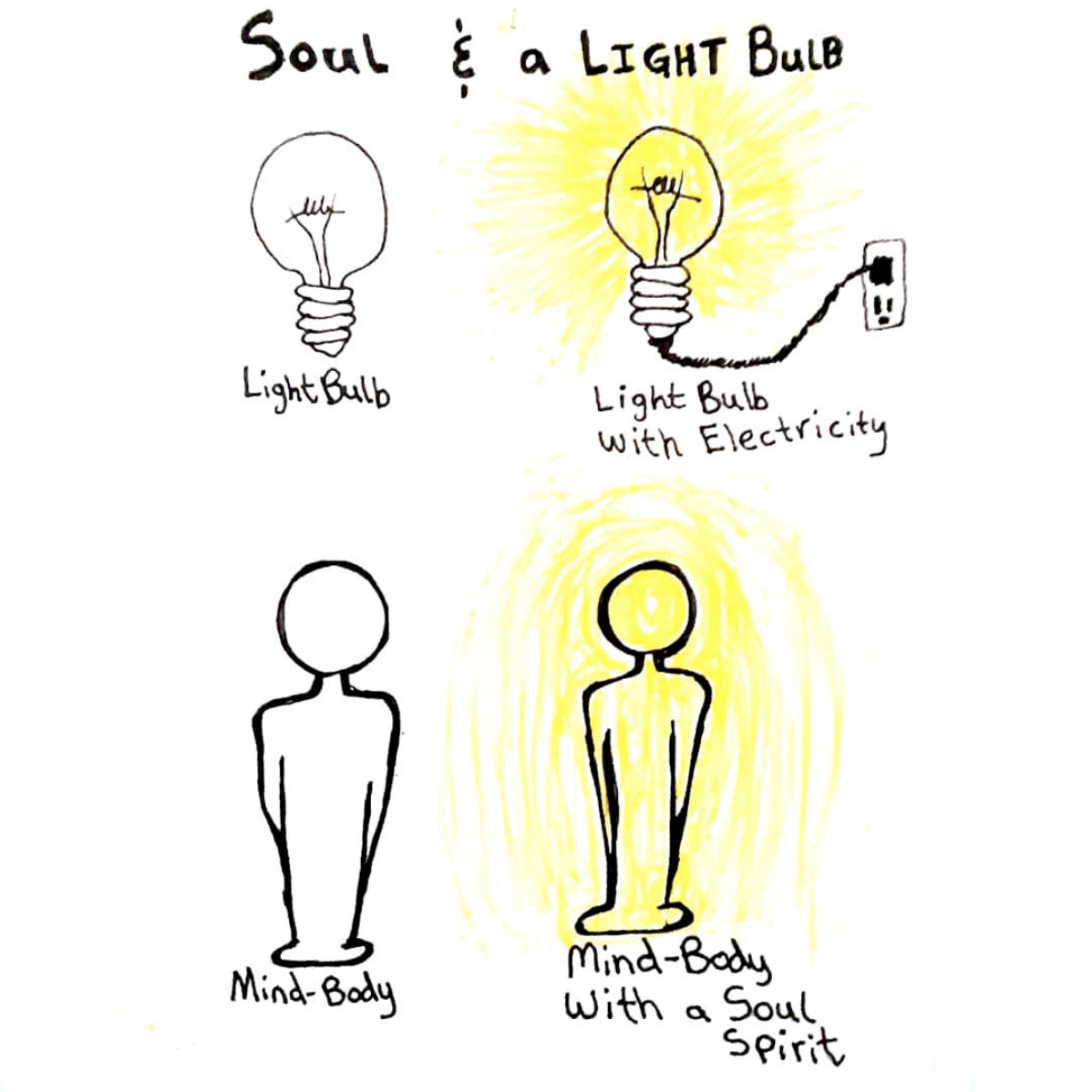 “I had an epiphany! I think I finally figured out how to convey what I was trying to say, in the simplest way possible!” I almost cheerfully declared poking my head through the doorless threshold between the kitchen and dinning room turned everything-but-dinner-room...

“So, in the most basic of basic terms, you see a light-bulb, you can touch it, even break it! It’s a physical thing. Put an electrical current through it and it shines light! Light that reaches well beyond the bulb!”

“So when I said you effect me with your negativity, I’m not saying you have power to control me. -I- get to choose what to do with how you effect me, just like I can choose to put a shade on a lamp to lesson the light that shines into a room, or walk out of the room to ignore it... that doesn’t stop the light from shining, and it doesn’t negate that we still effect each other to begin with.”

“The hardest part is, you don’t even know that your negative thoughts are true, in my experience 90% of them are not, and that gives the negativity even more false power because the only thing fueling it is your belief; so, by the time I feel it in your mood and again when you say it out loud, I’m being hit with stadium lighting of negativity from you, it’s in your soul not mine, but it does effect me and that’s why I walk away.”

“Yeah... so, I made a stick-figure info-graphic... I’m going to put it on the fridge, you can think on it and I will. It wont happen over-night, communication is an infinitely evolving thing, we’ll keep working on it.” I concluded, wiggling the single pocket-sized sheet of paper before disappearing into the kitchen to do as promised...then, back to my passion; art.